Beverly is at Nationals! 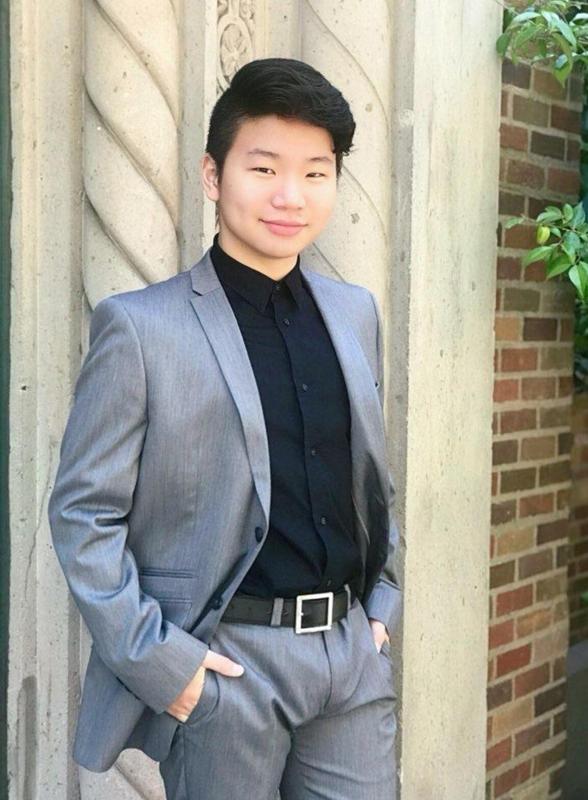 The Beverly Speech and Debate Team has two students competing this week at the national championship!

The National Speech and Debate Tournament, is being hosted online all this weekday. Sophomore Suhh Yeon Kim will compete in Expository Speaking and freshman Edward Gunwoo Park is doing Extemporaneous Debate.

Both Edward and Suhh Yeon competed in April at the state championship run online by the California High School Speech Association. There, Suhh Yeon made it to Semi-Finals in the Tik Tok Speech event. Edward and her partner, freshman Sofia Lifson, competed in Public Forum Debate and freshman Jackie Calloway competed in Original Prose and Poetry.

The state and national tournaments cap off a year of constant Debate Team competition at online tournaments hosted by schools in Arkansas, New Mexico, South Dakota, Wyoming plus New York, Seattle and Tokyo.

Despite having no prior public speaking experience, Suhh Yeon as a sophomore advanced quickly on the Beverly Debate Team this past school year and in September she will become the lead team captain.

Edward, as well as Sofia and Jackie at State, all are almuni of the Beverly Vista debate team. Edward competing at Nationals this week is partly the result of him honing his debate skills starting in sixth grade on the BV team, while Sofia and Jackie joined the team in seventh grade.

Retiring BV Principal Kevin Allen has given great support to the BV debate team and understood its strong value as a feeder program for the high school team, with Beverly and BV debaters competing alongside each other at some tournaments this year. Thanks also for constant support from BV Office  Secretary Mrs. Andi Barron and Assistant Principal Jeanne McCrea, both of whom provided timely logistics help to the team.

Both teams rely on debate parents who volunteer repeatedly to judge at competitions. Beverly parents Brigitte and Hal Lifson have been judging taped and live rounds at Nationals since last week, while team parents Dennis Hazelett and Debra Topilow filled in this week to be much-needed, last-minute substitute judges. Thank you, Hazelett, Lifson and Topilow parents.

Good luck at Nationals this week to Suhh Yeon and Edward!